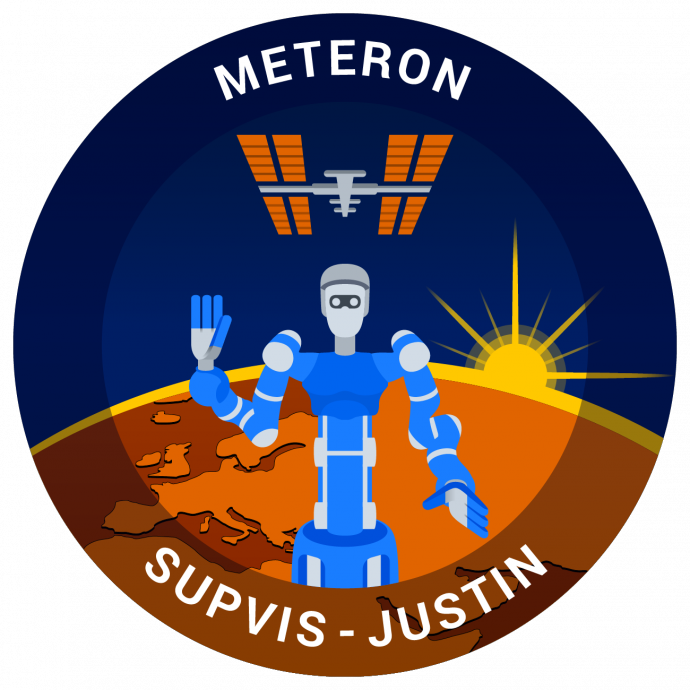 Manned space flight mission patches have a long tradition for all space agencies. Although Justin won’t venture to space, we felt that his mission deserves a patch. This article reviews the design of the SUPVIS-JUSTIN mission patch which was developed together with Jürgen Graef from Interaktionswerk in Munich.

The patch shows Rollin’ Justin in the center, waving with his right hand, while the left hand is in rest. The posture resembles the pose of the man illustrated at the Pioneer plaque. In the background Earth is drawn as it shows the European continent. It is illustrated in red colors to hint at the simulated Mars environment for the SUPVIS-JUSTIN experiment. On the right, the sun is rising as symbol for the solar panel farm SOLEX. Above all, the International Space Station orbits the planet, from which the robot will be commanded via our tablet interface.