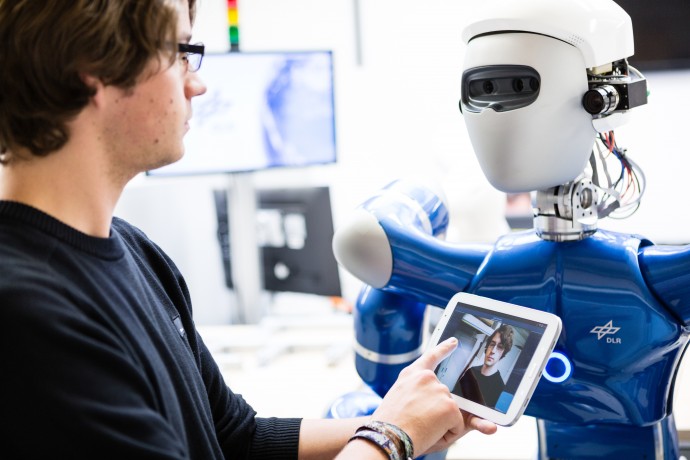 In the future humanoid robots are envisioned in terrestrial and extraterrestrial applications including planetary exploration. The capability to carry out complex manipulation tasks is a key issue. The mobile humanoid robot Rollin’ Justin of the Robotics and Mechatronics Institute, German Aerospace Center (DLR), is utilized as a research platform for autonomous dexterous mobile manipulation.

The compliant controlled light weight arms and the two four-fingered hands of the robot make it an ideal experimental platform for these research issues. The mobile platform allows the long range autonomous operation of the system. The individually movable, spring-borne wheels match the special requirements of Rollin’ Justin’s upper body during manipulation tasks. Motion sensing sensors and stereo cameras allow the 3D reconstruction of the environment of the robot. Unstructured, variable and dynamic environments require a robot to act based on the given situation without human intervention. On the other hand, cooperating with a human is sometimes the only way to solve a certain task. 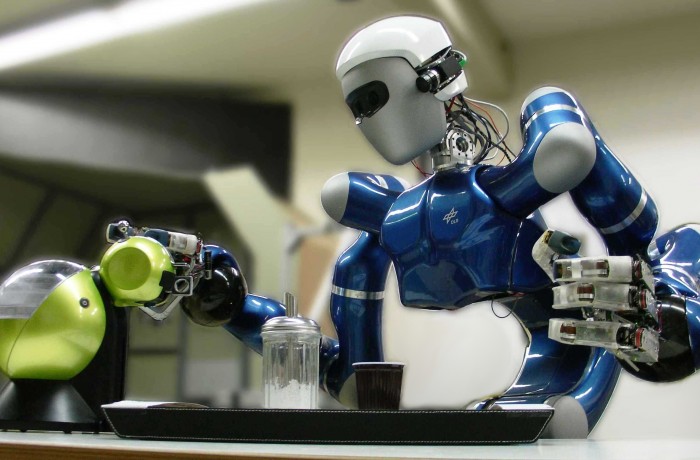 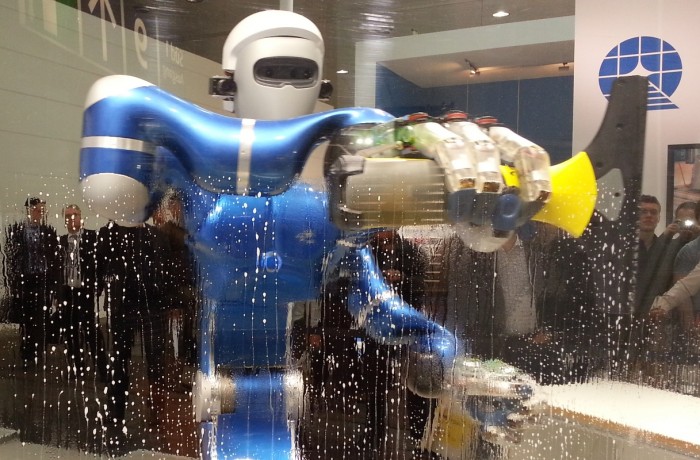 The system design uses preliminary works of the Robotics and Mechatronics Institute, namely the DLR Light Weight Robot III (LWR III) and the DLR Hand II. The torso based on LWR technology and the mobile platform enlarge the workspace of the arms and hands. The overall design resembles a human-like shape. The upper body holds a total of 43 controllable degrees of freedom, equipped with link side torque sensors which enable the impressively sensitive manipulation capabilities.