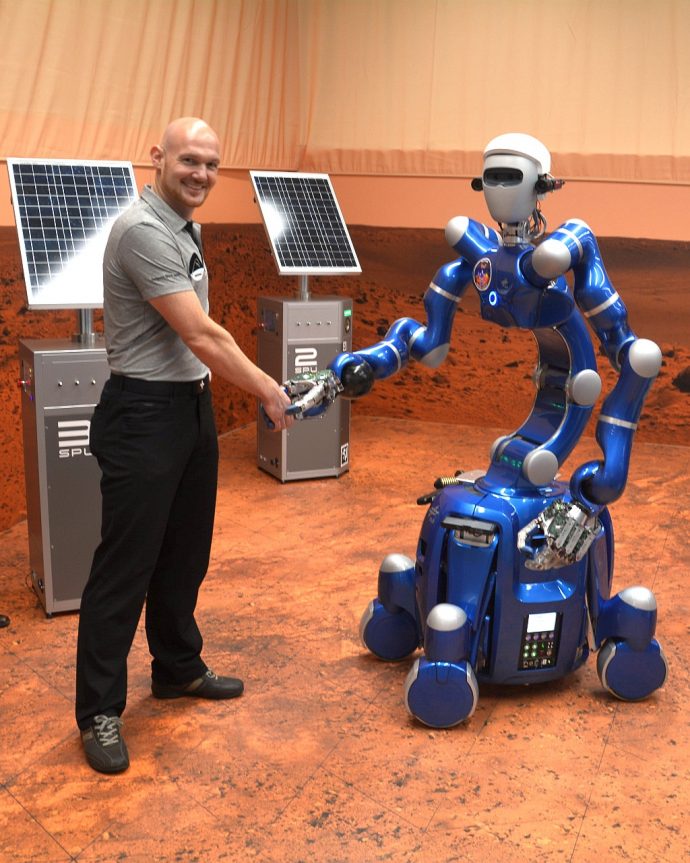 The final preparation for the next METERON SUPVIS Justin ISS crew session is underway, slated for August 16 and 17. For this experiment, German Astronaut Dr. Alexander Gerst will be at the helm to command Rollin’ Justin to perform increasingly complicated tasks necessary for future planetary colony missions.

The event will include a short pre-experiment on-orbit briefing on August 16, during which program partner, Danish Aerospace will walk through the experiment setup and premise with Dr. Gerst. The program’s principal investigator, Neal Lii, will also be on hand to get Dr. Gerst ready for the experiment the following day. The main event on August 17 will take approximately four hours of crew time, similar to the two previous sessions. This includes equipment and communication setup time, actual experiment, and experiment disassembly on orbit.

To study more advanced functionalities of robots as viable coworkers for astronauts on the planetary surface, new algorithms have been developed for Rollin’ Justin to add to his already impressive arsenal of capabilities. Our user interface software for the tablet PC in the Columbus module is already updated and uploaded to the ISS. The Solex environment has also been going through a major refit to give it extensive upgrades to add more space colony scenarios for the astronaut-robot team to work out together.
.